Due to high demand we have hired an additional 30 seats for our annual display on Saturday 30th June 15:00 – 17:00! These tickets will be sold on Thursday evening on a first come first served basis. Please ensure you purchase your tickets then to avoid disappointment. Once these tickets have been sold we have reached maximum capacity and will be unable to let anyone else enter the hall. Thank you again to everyone who has purchased tickets for your support and commitment to the club. Our gymnasts have been working really hard and it’s fantastic that they will have so many supporters on Saturday! Thank you! 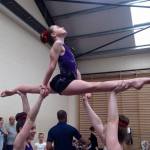 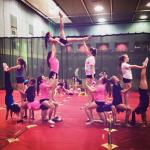